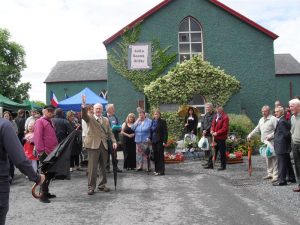 Emly has been awarded the Silver Medal at the annual European Entente Florale awards ceremony held this year in Cervia, Italy. The tidy town representatives at the ceremony will be returning home on Monday.

The Entente Florale association organizes an international competition known as ‘Entente Florale Europe’, in order to promote a greener and more pleasant environment in European towns and villages and to facilitate international contacts among the participants, based on reference towns and villages network.
Through this annual competition, public authorities, private bodies and individuals are encouraged to cooperate in beautifying their towns and villages thereby improving the quality of life for both inhabitants and visitors, by the planting of flowers and shrubs, by the development and maintenance of green spaces and parks and by generally fostering development which is ecologically and environmentally sensitive.